The Prosectra Defensive Tactics program was designed to give the Law Enforcement/Security Officer an excellent foundation and working knowledge of techniques that will help them prevail in an altercation standing and on the ground.

The role of Prosectras’ Defensive Tactics in Law Enforcement/Security is to assist the officer in performance of arrest and restraint, to increase the margin of safety to both the officer and the subject, and reduce liability to the professional from excessive force allegations. This is achieved by teaching officers techniques that utilize leverage and control (not punching and kicking) and are designed to be extremely effective without causing any major injuries to the subject.

BREAKING DOWN THE PROCESS

The Prosectra Defensive Tactics program breaks down and analyses the potential attack from both the officer and the subjects’ point of view to ensure the professional clearly understands what is needed to survive.

WE UNDERSTAND THAT IN ORDER FOR THE SUBJECT TO BE SUCCESSFUL HE/SHE MUST:

WE ALSO UNDERSTAND THAT IF THE OFFICER IS TO BE SUCCESSFUL WHEN ATTACKED HE/SHE MUST:

The Prosectra Defensive Tactics program is a highly effective program which allows Law Enforcement and Security Personnel to safely control the most combative of suspects.

The program instructs professionals on some of the most modern, most realistic and most effective techniques for Law Enforcement/Security Officers’.

TECHNIQUES FOUND IN THE PROSECTRA DEFENSIVE TACTICS PROGRAM ARE:

Our courses are both mentally and physically challenging and there’s an emphasis on ensuring tactical recall, even during stressful, variable and ever-changing conditions.

The Prosectra Defensive Tactics program is designed to enable the professional to learn through a variety of teaching methods with the goal of challenging and motivating each officer to achieve their desired potential.

Our methodology creates a believable environment that allows officers to experience the stress of real world confrontations in a safe learning format.

Each of the 5 Levels in the Prosectra Defensive Tactics program contain real world scenarios that officers working within Law Enforcement and Security may find themselves in. Below is an example of scenarios covered in our LEVEL 1 Defensive Tactics course:

Aggressive suspect suddenly rushes the officer throwing a punch leaving no time for a weapon to be drawn.

During a routine conversation, the suspect attempts to punch the officer.

Aggressive suspect is attempting to strangle the officer from the full mount position.

Aggressive suspect attempts to violently punch the officer from the full mount position.

Cooperating suspect is being escorted by the officer and then suddenly resists, officer restrains suspect against a wall/vehicle.

Cooperating suspect is being escorted by the officer and then suddenly resists, officer restrains suspect to the ground.

During a routine conversation, the suspect suddenly rushes towards the officer in an attempt to gain control of the holstered sidearm with his same side hand.

During a routine conversation, the suspect suddenly rushes towards the officer in an attempt to gain control of the holstered sidearm with his opposite side hand.

Aggressive suspect produces a knife and attempts to attack the officer from just inside 21 feet.

During a deadly force situation where the suspect is armed with a knife, the officers sidearm malfunctions.

OUR 5 CERTIFICATION LEVELS AND MODULE STRUCTURE ARE AS FOLLOWS:

In the Prosectra Defensive Tactics program, the communication component of officer safety is a prominent subject. For many officers, the concept of combat verbalization may seem to be a contradiction in terms. How can verbalization co-exist with combat?  In fact, combat and verbalization are inseparable. Officers must learn these psychomotor skills in combination with each other and not as a separate training program. Our program combines verbalization skills and physical alternatives in order for the officer to truly be effective in real world situations.

In this module we address the unconscious aspect of the human mind and its inadvertent way of displaying cues that indicate a pending attack. This module will address specific nonverbal signals communicated by a subject that suggest criminal intent. The Prosectra Defensive Tactics program will train officer’s to recognize these signals (leaked from the unconscious part of the criminal’s mind and displayed via body language) in order to narrow the processing time between observation and action, preventing violent behaviour before it becomes physical or before the ambush.

The most dangerous attack for the officer is the ambush. There is no consent, there is no preparation. Only the criminal knows when and how they will attack. Any time that an officer is close enough to conduct a pat-down, or to exchange documents, they are close enough to be ambushed. The Prosectra Defensive Tactics program will train officer’s to recognize these signals (leaked from the unconscious part of the criminal’s mind and displayed via body language) in order to narrow the processing time between observation and action, preventing violent behaviour before it becomes physical or before the ambush.

Level 1: The Most Common Attack (The Punch)

Level 2: The Second Most Common Attack (The Tackle)

Level 3: The Third Most Common Attack (The Headlock)

Ground fighting is just about the last thing an officer wants to do during an arrest. Too many things can go wrong. Once down the officer may find him or herself on the losing end of a fight with someone bigger, stronger or more skilled. Once body-to-body contact is made, the subject now has access to all of the officers’ weaponry. What about multiple attackers? What if the attacker has a hidden blade? For the most part, ground fighting is too dangerous and complex to be of use for the average officer. If, however, the fight goes to the ground against the officers’ will, they must know what to do. In the Prosectra Defensive Tactics program, we teach time-tested escape techniques that can be used to get the officer off the ground and back to their feet so that they can establish distance and utilize the appropriate force option to neutralize the threat.

Level 1: Escaping From The Bottom (Mount)

Level 2: Escaping From The Bottom (Guard)

Think about the reality of an officer’s duties in contacting, detaining, searching, and arresting an individual.  The officer almost never knows whether the person will be resistive or not, what that person’s intentions are, and if that person is armed. Most injuries to Law Enforcement and the vast majority of shootings result from arrest attempts that go sideways.  Making contact with an individual is perhaps one of the most dangerous activities an officer is required to perform in the course of his or her duties. The act of safely restraining, searching and arresting an individual is what training officers will receive from the Prosectra Defensive Tactics program.

Level 3: How To Safely & Securely Search The Suspect

“Weapon retention.” Nothing about this phrase provides even a glimpse of the terror and panic involved when officers suddenly realize what that vicious tugging at their side means. And nothing in that phrase hints at the grit and the heart that is needed to keep their weapon when a prepared offender, or even an opportunistic suspect, attempts to murder them with it. Weapon retention is not, and should not be about the type of holster you carry–although that’s important! Keeping the weapon secured and not letting it get taken away by an assailant is a high priority to every law enforcement officer. A high number of Law Enforcement/Security Officers who are killed in the line of duty are shot with their own weapon. The Prosectra Defensive Tactics program will teach officers a series of simple yet highly-effective weapon retention principles that will disable a suspects attempt to disarm them while standing and on the ground.

“Reactionary gaps” are defined as “the minimum amount of space needed to ensure that you can properly react to whatever threat may be presented by a suspect being questioned or detained.” The Reactionary Gap will change for officers depending on the weapon being used by the suspect. The Prosectra Defensive Tactics program teaches officers how to deal with deadly force situations (involving various weapons that could be used by the criminal) when the reactionary gap is insufficient to safely draw a weapon. 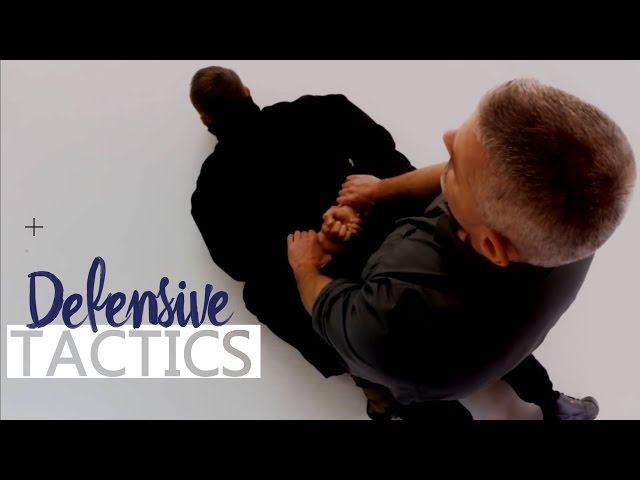 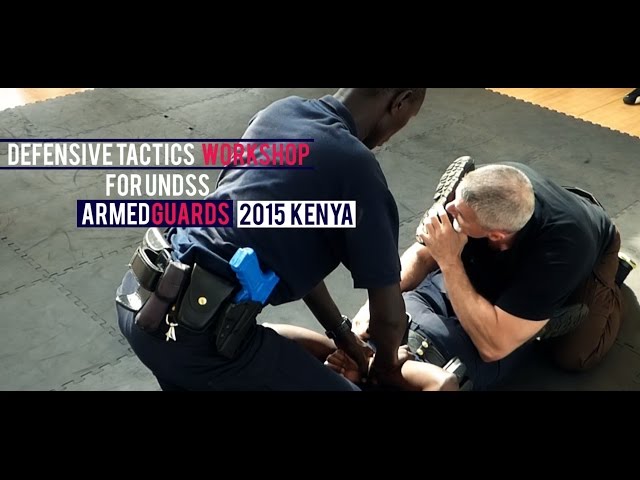